In sharing her cancer story with Non-Hodgkin’s Lymphoma, Linda recalls tobogganing with her kids back in 2010 and ended up with some bumps on her head after a fall but at the time thought nothing of it. At a later stage Linda discovered a lump on her breast and a lump on her under arm and was put on watch and wait by her medical team.

Linda describes 2018 as a particularly stressful year for her and at the end of the year she developed problems with her vision, which as the founder of a walking and cycling company presented immediate concerns to her.

At this point her journey with cancer treatment between University Hospital Kerry and Cork University Hospital began. As a single-Mum with two daughters Linda reached out to her wider family on email to share the news of her diagnosis and clearly stated that she wanted only positive support, as this was her chosen approach regarding living with
cancer.

Linda shared that when it came to her shaving her hair, her hairdresser whom she has attended for years, firstly agreed to cut her hair into a mohawk style so Linda could share some much-needed laughs with her daughters as she messaged them photos of her new “hair-do”.

Candidly Linda shares that no matter how positive a person you are, on this cancer journey there are dark days for everyone and that during these days it would make such a difference to have space and privacy in the Oncology ward in University Hospital Kerry. Linda found great strength and resolve in her meditation and yoga stretches, but it was only possible to bring her yoga mat to her treatment in Cork and not to Tralee, due to the confined space.

Linda chose immunotherapy and is due to complete her treatment in March 2021 and is solely focussed on fundraising for Comfort for Chemo Kerry and spreading the word of the great work of the charity.

Linda recalls the day her lumbar puncture took place in the Oncology ward in UHK, with only a plastic partition between her and the next bed, which for her luckily that day was vacant. “The setting was primitive”, Linda explained “but the medical team are
incredible and work in such a restricted space.”

Linda chose immunotherapy and is due to complete her treatment in March 2021 and is solely focussed on fundraising for Comfort for Chemo Kerry and spreading the word of the great work of the charity.

When asked what difference the dedicated chemotherapy centre of excellence will make in UHK Linda shared “since the arrival of Covid-19 we know that more than ever before the value of immune-suppressed patients not being exposed further to infection and a
purpose-built building will enable the chemotherapy patients to exist in a dedicated unit which will provide dignity and privacy.”

When chatting recently to the nursing team in the Oncology ward in UHK Linda asked what the most purposeful way is she can give back. The team agreed that fundraising for Comfort for Chemo Kerry is the best way to say thanks. Linda remains astounded by the dedication of the nursing team & their willingness to give up their own free time to ensure this much needed fund-raising project is realised. 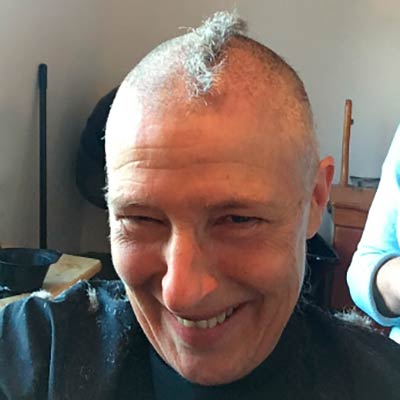 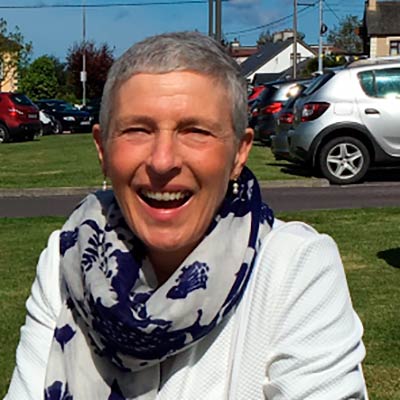